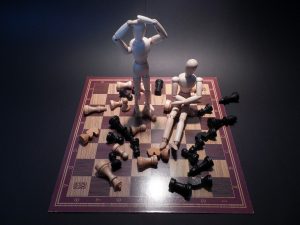 As I write this, Manitobans are in the aftermath of two elections: One for the provincial government and the other for the federal government. Endless rounds of political comments and advertising have been posted all over the media, social and regular.  My father used to say that one should never discuss politics, religion, and business when you are under the influence of alcohol. The same premise applies to online forums. Just because you have a keyboard, it doesn’t mean that you should post. I spent most of the last six weeks sitting on my hands so that I didn’t respond to some of the drivel that I saw roll past my eyeballs.

As I look at my world today, one thing that I have come to understand is that I have to pick my battles wisely. It is about winning a war rather than a skirmish. Every time that we pick a fight, become affronted, internalize a comment, or just plain own someone else’s stuff, we give away a piece of our soul. We let someone else direct our personal journey. No one except you gets the right to make choices for you. The only exception to that rule is if you are incapacitated.  Even incapacitated, I have made my requirements well known. They are not wishes, they are requirements.

Former Secretary of State for the USA Hillary Clinton paraphrased a poem at the funeral service for the Honourable Elijah Cummings. As soon as I heard the words, I knew that I had found a voice that could articulate a message that I give to my team members. I always tell people that we only have the moment that we are in. The words in the poem are a powerful reminder that life is fleeting.

“Life is just a minute—only sixty seconds in it.
Forced upon you—can’t refuse it.
Didn’t seek it—didn’t choose it.
But it’s up to you to use it.
You must suffer if you lose it.
Give an account if you abuse it.
Just a tiny, little minute,
But eternity is in it!”

Quoted by: Dr. Benjamin Elijah Mays, Past President of Morehouse College
Original attribution by Dr. Mays was to Anonymous.

The above is one sobering message.  Here is some food for thought:

My Rule 11 Challenge for you:

The poem has made me re-evaluate the way that I will respond to events. I, too, own some things that I should not. They are going to be purged from my memory banks. I know it won’t be easy.  Easy has never been part of my life anyway. All those character-building events that have shaped my life were never based on easy.  Some of them were damned hard and gut-wrenching.  When you let someone else control your life, you let them take control of a piece of your soul. You need to become the conductor of your life rather than a bystander.

I have picked up the baton.  Will you?

“The only easy day was yesterday.” – US Navy Seals

“0% of yesterday matters (can’t fix it but can learn from it), 20% of today will influence 80% of tomorrow.”  Paraphrased from Graham Hogg.

“Since everybody is an individual, nobody can be you. You are unique. No one can tell you how to use your time. It is yours. Your life is your own. You mold it. You make it.” Eleanor Roosevelt