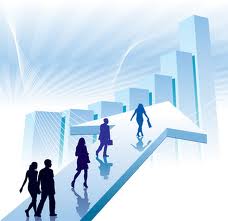 I blog when I have something to say and Terry Pedwell’s Canadian Press article on the CRTC touched a nerve today.

Let me quote from Terry Pedwell’s Canadian Press article, “CRTC secretary general John Traversy said the companies’ refusal to provide any supporting evidence means it cannot evaluate the strength of their arguments. And he said it undermined the authority of the regulator.

“The Commission views such actions as a direct attempt to undermine its ability to serve Canadians, as well as impair the procedural fairness owed to all participants,” Traversy said in a letter to Netflix global public policy director Corie Wright.”

Striking information from the public record. Sensorship, anyone? At a minimum, pure unadulterated stupidity.  Nothing disappears from the Internet.  Haven’t you figured that out, Mr. Traversy.

Nobody, except for a very select few, ever asked for your service on their behalf. The CRTC, just like a non-performing employee, should have been made redundant 20 years ago. Over the years, the commission has become out of touch, irrelevant, and obstructionist. The only people who benefit from the CRTC are lawyers and lobbyists.

I think Netflix and Google are in the right here. No government agency should have the right to know what type of subscription I purchase and from what legal entity. I chose a Netflix subscription.  What I watch is my choice.  If it isn’t offered, I can watch something different. Google operates the same way. Both organizations use a pull rather than a push process to get the material on the air.  If I want to watch, I go to their sites.

Satellite and cable television are a whole different ball game. They are so tightly regulated by this bunch of bureaucrats that is it almost impossible to change the satellite package to get just what you want to see rather than what is deemed culturally important. I want the same selection options on satellite or cable that I have on Netflix. If I don’t want it, don’t charge me for it.

The standard customer service response is ‘well, you can create a favourites list”. Duh! Creating a favourites list doesn’t reduce my bill or take crap off my package that I have never and will never watch. If I don’t want it, I shouldn’t have to pay for it. It is just another form of retrogressive taxation.

History is on the side of the consumer. As a regulatory agency, you have managed to mangle the telecommunications industry beyond recognition. Would I be correct in assuming that the goal of the CRTC is to mangle the video market? I think it is your goal. How presumptuous of you to take Netflix and Google out of the equation!

Here are some hints for where to better spend your time.

Last comment: The next time, Mr. Lacroix and his minions from CBC come to call. Please remind him that the CBC is already paid for by Canadians. We get damned little for our money. The CBC suffers from entitlement syndrome. Just, give us the money.  We are important to Canadians. CBC should be funded like NPR in the US.  They should have to raise money through matching donations. No donation. No government funding.

In a nutshell, oversight without accountability sums up the CRTC and its members. Down to the very last member, you are Luddites. It is time to get down off your bully pulpit and get with the times.