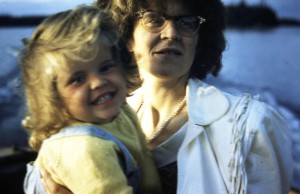 This is a re-post of a blog that I wrote after my mother crossed the rainbow bridge and started organizing the afterlife.  She wasn’t big on excuses but she certainly left an impression on everyone that she met.

Today, July 21, it is seven years.  There isn’t a day that I don’t remember something that makes me stop and think.

I am a project manager. Lessons-learned are a fundamental part of fixing things that are broken and continuing to do things that work. I decided that I would start a list of all the lessons that I learned from the people in my life.  The heavy hitters came from family, friends and colleagues.  Some of the lessons might come from a drive by meeting with someone that you have never met.

At the top of my list is my mother. It is too bad that I didn’t start this list while my mother was alive. We could have had a good chuckle. I still use Grace’s Rules of Living every day.

10 things, in no particular order, that I learned from my mother which I am grateful for:

My list of lessons is now at 55 and growing.  She was definitely one of a kind.  I know that she is with me every day.  I can feel her winding up her ‘Gibbs’ smack’ when I am about to do something completely daft. By the way, she had a Gibbs’ smack before Gibbs. Those of you who watch NCIS know what I mean. It is the  Wake Up Call. She has been gone 7 years today.  But, the lessons remain.

Take the time to write your lessons down.

It is proof that you have grown, learned, and are capable of change.

The lessons are golden nuggets that will support you when you need them.

Reading them will give you a warm feeling.  The feeling that means you still remember and appreciate them.