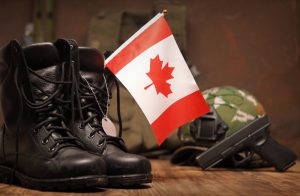 Today, I have honour of telling a veteran’s story. Writing this is harder than you would believe. I have a new found respect for those who write the stories of another’s life journey.

He didn’t die from Cov-id or ill health. You might say that he died from loneliness and a broken heart. He was completely alone in this world. He had been alone for 50 years and hospitalized for 40 of those years. His family, including his beloved wife, passed leaving him bereft and lonely.

To make this real for you, he was barely 18 years old when he volunteered. He was sure that he could do his part. Nothing went as planned. He was captured. He spent years in a prisoner of war camp, where he and his friends were starved, beaten, and used as forced labour. They were in the hands of people who enjoyed the unfettered ability to torture and terrorize others. Depravity in all its forms.

He didn’t talk about his service with people. It is as if he donned the shield of protection.  He would remind me that it wasn’t entirely his story to tell. It is true of most veterans. We talk about the good bits and share the lessons with our buddies. We don’t talk about the bad times. If we do, it is with those who have been there, done that, got the hat and t-shirt, and the scars. Those memories reside in our soul.

He told me. I talk to you because you understand. As a student of history, I do. I could hear the pain in his voice, see the grief in his face, and feel his pain to my very core. His pain was mine.  He knew that. It is why he didn’t want to share. I could also understand his bewilderment that no one seems to want to make anything better. He had stopped watching the news. He just couldn’t take it anymore.

What is criminal is that he died sure that the world that he and his buddies worked so hard to save is broken beyond repair. It seems no matter what we do, we don’t learn from the lessons of history.

On November 11, you are obligated to take the time to honour our fallen, returned, surviving, and still serving. The job wasn’t and still isn’t an easy one. In fact, it will never be easy. The memories are brutal. There is no storage box to lock them away in and throw away the key.

You can help.  Adopt a Veteran. Call you local veteran’s organization. Small things matter.  Write letters to those who are still serving, buy one of them coffee, a meal, let them share what they can, or donate to a veteran’s cause.

In closing, my friend and I are on the same page. Our politicians aren’t good stewards of the honourable people who serve and are put in harm’s way. Every politician that votes for war should be required to have their children serve in the armed forces. It doesn’t matter the country or circumstance; our children matter equally and should serve equally. There should be no deferments. There is a job for everyone. Whether you have shin splints or not, we can find you something. Hell, you can shred paper if that is all you are capable of, and the kitchen always needs the equivalent of a sous chef. Just do your part.

I will close with a link to Terry Kelly’s song on YouTube: A Pittance of Time.

We must remember them.

We must serve those who return.

We must support those who still serve.

The people, who fought in World War I, thought that it was the war to end all wars.

How disappointed they must be?

World War II was going to fulfill the same vision.

Somehow, we just can’t get our act together as members of the human race.

Now, is the time to change the course of history.

Collaboration instead of confrontation.

Learning instead of ignoring.

Leading instead of stonewalling.

We owe that much and more.